The History of Marijuana in the US 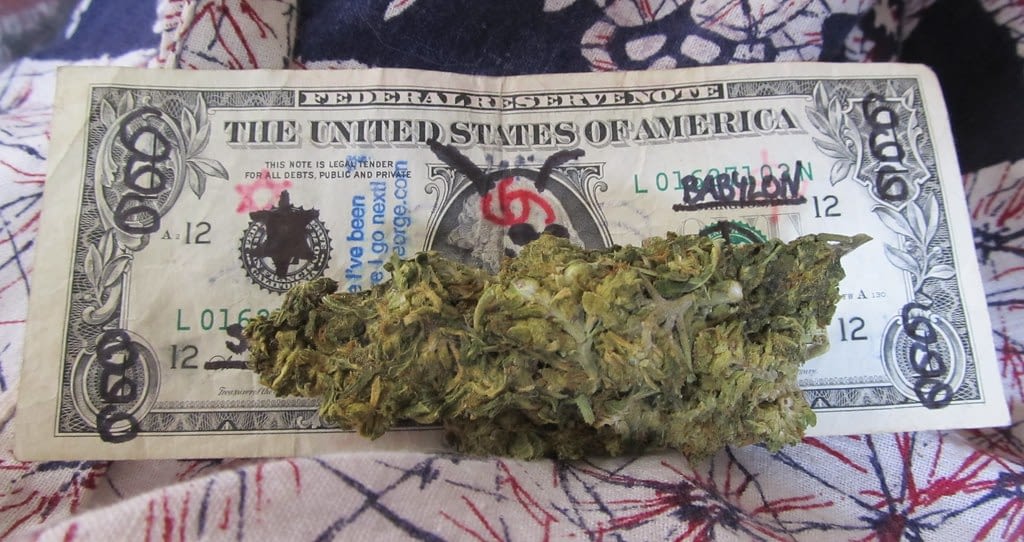 Recent changes in the law across the USA mean that, in many states, an individual can now legally carry a small amount – it differs from state to state – of cannabis on their person. Also, some states now allow you to grow a limited number of plants in your home, for recreational use. The laws have come about due to the recognition that cannabis use is commonplace, and it’s interesting to look at how this current legislation compares with the early days of cannabis production in the USA.

Did you know, for example, that a cannabis leaf was pictured on the dollar bill as recently as 1900? The simple fact is that cannabis production was a very important industry in the early days of the USA. It first began in the 1600’s when King James I of England ordered the inhabitants of Jamestown, Virginia – the first English settlement in the USA – to grow 100 hemp plants for export, so they could ‘do their bit’ for England!

Thus, colonists grew hemp – a strain of cannabis – as a regular industry practically from the word go! For the record, one of the crops grown by the first President of the USA, George Washington, on his farm at Mont Vernon was hemp.

Hashish Parlors in the USA

Concerns about the use of cannabis – and other ‘poisons’ as such substances had been labelled – led to tighter restrictions on the production, sale and labeling of the product, yet its popularity as a recreational drug was booming. By the latter quarter of the 1800’s, hashish parlors were in full flow in the cities of the USA, and were frequented by the ‘better classes’ according to writers of the time.

In time, however, the authorities became concerned about the use of cannabis, and the perceived problems it could cause – despite it being labelled a ‘fashionable narcotic’ in some areas of the press – and gradually, laws were created to prevent its use other than as a prescription drug. California was the first state to pass such laws in 1907, with others following soon after.

Cannabis in the US – Into the 20th Century

The influx of Mexican workers into southern California – and other states – in the early part of the 20th century, plus the imposition of prohibition, which drove alcohol sales underground, in the 1920’s led to increased use of cannabis. For many people, it was now cheaper to buy and easier to get hold of than alcohol.

It’s interesting to note that during the first half of the 20th century, laws surrounding different strands of hemp were implemented, and these still have their effect today in the production of CBD. Cannabidiol – CBD – must be produced only from ‘industrial hemp’ as this strain is very low in traces of THC, the psychoactive element in cannabis.

Imposing the Law Against Marijuana

By the latter half of the 20th century, concern about cannabis was such that absurdly heavy sentences were proposed for those found in possession. Indeed, the Supreme Court ruled in 1975 that 20 years in jail was adequate for possession or sale of cannabis!

In California, however, studies had been looking at the effects of the repeal of prohibition laws: it was decided to reduce the sentence for possession of an ounce or less of marijuana to a maximum fine of $100. This reduced the cost of state spending on administering marijuana laws by a remarkable 74%; it had previously been costing the state of California as much as $100 million per annum.

The late 20th century was a period of much confusion, with different states eyeing cannabis use in very different lights, and a number of important court cases took place that would shape the future of the legality of cannabis in 21st century USA.

The 21st Century of  Marijuana in the United States

The medicinal benefits of cannabis had been recognized to some extent in the mid-20th century, and it had been legal to prescribe it in medical form in many places.

Today, cannabis use has been decriminalized in many states, and in fact has been formally legalized in a number of states including California, Nevada, Washington, Oregon and many more. The purchase of the substance is still subject to age restrictions and the amount one can legally possess, but it is fair to say that cannabis is no longer seen as the problem it was once believed to be in the USA.