What Are The Different Types of Marijuana Strands

There are two factors that have led to greater interest in cannabis and its legality in the last few years. One is the legalization and decriminalization of cannabis in many states of the USA, and the other is the rapid boom in the market for CBD products. However, there remains a great deal of confusion as to what is legal, and why there are different names for cannabis.

For example, what is ‘weed’, and does it differ from marijuana? And why all the fuss about CBD products? Let us explain in more detail! 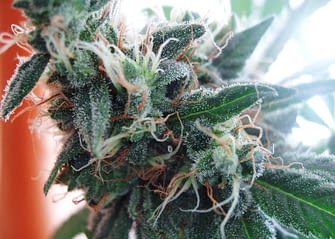 There are a number of plants in the cannabis family. The one we are mainly concerned with, the most commonly grown, is known as Cannabis sativa. It may be confusing, but over the years, two different strands (or strains) of the plant have been cultivated: hemp, and marijuana. The difference lies in the chemical make-up.

In recent years there has been a lot of research into the many compounds that make up the cannabis plant, known as cannabinoids. Some estimates say there are more than 100 to be found in the plant. Two are important to us in this explanation: cannabidiol, or CBD, and tetrahydrocannabinol, or THC.

THC is the element of the plant that gives you the ‘high’ when you smoke weed. Now, this is where things can get a little complicated! To try and keep it simple, we’ll talk abut hemp first, and then marijuana.

Hemp and Its Properties 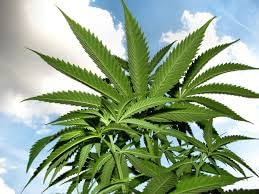 Hemp is one of the fastest-growing of all plants, and has been cultivated for industrial use for hundreds of years. It is used in the manufacture of rope, clothing, textiles, and for many other industrial and commercial uses. It is undergoing a boom in demand thanks to the legalization of cannabis and the increased use of CBD products.

Hemp is a strain of cannabis that has been cultivated to be high in CBD, and low in THC content. Industrial hemp – as it is sometimes known – is also the strain used in the production of CBD products. This is a legal requirement, as for CBD products to be sold within the law, they must contain under 0.3% THC content, and be made from industrial hemp.

CBD products are used by people as pain relief – and successfully too – and also provide a relaxed feeling, a reduction in stress and anxiety and more. CBD will not give you a high, thanks to the lack of THC content.

Marijuana and Its Properties

It can be confusing to learn that hemp and marijuana are both strains of Cannabis sativa, yet are actually different in their make-up. This is how they have been cultivated through the years.

When people refer to cannabis – as in the recreational substance that many people smoke – they are talking about the marijuana strain, also known commonly as ‘weed’. This strain has been cultivated to contain higher levels of THC, and to be lower in CBD. The reason is clear: smokers of weed want the high – the psychoactive effect – that THC gives, and it’s not present in the hemp strain of cannabis.

For many decades, people were prosecuted – often quite drastically – for possession of marijuana in the USA, but the tide has changed somewhat of late, although not everywhere.

The Legality of Marijuana and Hemp 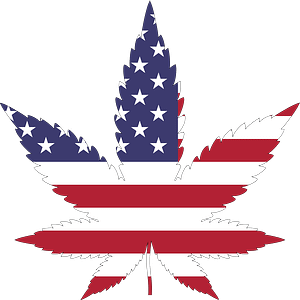 Legislation in certain states of the USA now allows licensed growers to cultivate both hemp and marijuana strains of the cannabis plant. The laws differ from state to state, and many more are considering changing the law on marijuana production.

Medical marijuana – that produced from industrial hemp and also known as CBD – has been available for persons with certain conditions for some years in many places, but it is only in the very recent past that recreational marijuana has become legally available.

In California, for example, an individual can be in possession of – and smoke where it is permitted – up to an ounce of marijuana. They can also grow up to six plants at home. Laws like this have come into effect in other states, and we strongly advise the you check with your local authorities as to the law where you are, as many states have yet to pass legislation or have different rules.